A one-hour, all-family, magical extravaganza for your parent-teacher organization!

Using a combination of incredible and amazing magic routines, audience participation, lots of comedy and good, clean humor, James Warren will thrill your school families with a show they’ll be talking about for weeks. 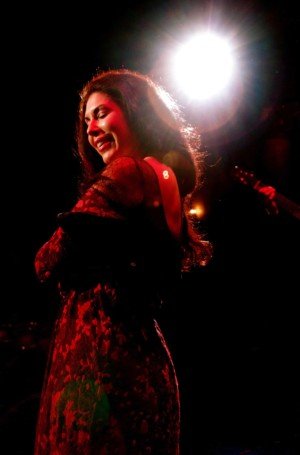 A double whammy! James Warren and Sally Ramirez team up in this show to bring you a wonderful evening of magic plus music.

Magic-Cadabra! is an hour and a half, fun-packed extravaganza, featuring magic routines with lots of audience participation and humor, and vocal performances by James’ wife Sally.

Sally is a classically trained vocalist and actress, with credits on stage and television. Want to sample Sally’s voice? Visit her website www.sallyramirezmusic.com.

Make Magic-Cadabra! a special event for your school this year. They’ll be rolling in the aisles with laughter, stunned with amazement by the magic, and touched in their hearts by the music.

Watch what parents, educators, and counselors are saying about James Warren’s Magic With A Message school assembly programs.

“It was the best show we have EVER had here, and the students haven’t stopped talking about it!”
Bev Hooper,

There’s no reason YOU can’t share the magic of James Warren with your staff, employees, and management. Click here to send James an email. Do it today to reserve your date!